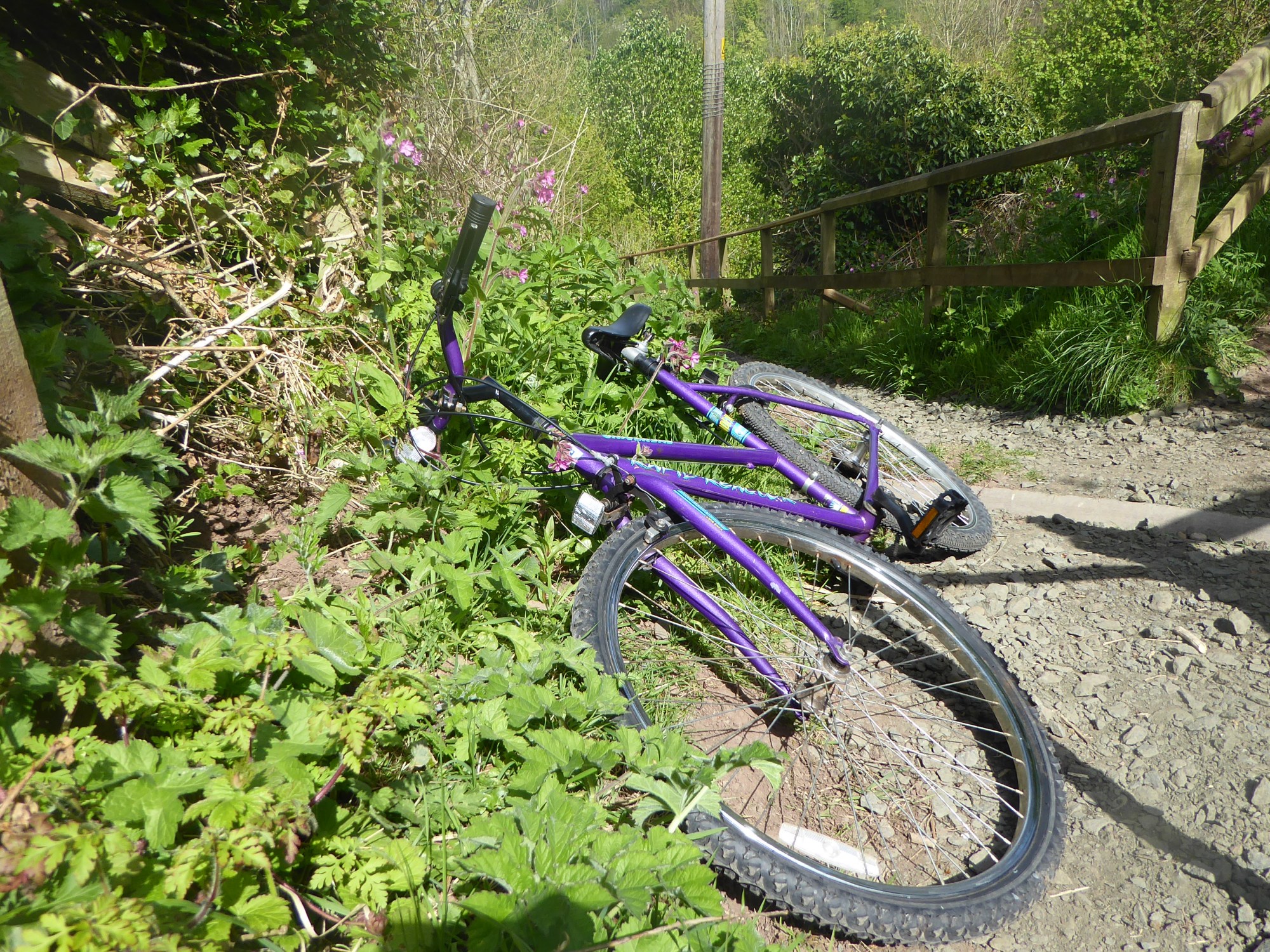 To reassure anyone who knows me, I have not suddenly adopted a new fitness regime. I am confident that if I did, it would be swiftly removed and placed in the hands of another, more suitable guardian, able and willing to give it the attention it deserves. I only ever run when late for public transport and I have entered a gym exactly once.

This notwithstanding, last week I got on my bike, cycled nearly 70 miles (over the week, not all at once) and, as I proudly proclaimed to our next door neighbour, ‘I feel like a goddess’. Arms held wide for emphasis the bicycle wobbled and collapsed onto its side. ‘I also feel like that.’

Mum and A enjoying a well-earned holiday visiting friends on Lismore, I was left to look after house and plants, to collect the wood and creosote the sheds, to sand down the large wood trailer and – crucially – to make my own way around the Borders. The area is not famed for its transport links, though we do occasionally spot the weekly bus rattling along the nearby lanes. So, prepared with a bicycle – purple, sparkly, and acquired for £20 on Gumtree the previous week – I faced the roads. What, after all, could go wrong?

The left pedal fell off. The seat wobbled – not a little, but forwards and backwards like a pitching ship in a storm. I got lost. The chain came off – twice – and, on my return from Berwick bike shop, the back tyre got punctured by a thorn of surprising viciousness. Pushing the bicycle the half mile back downhill to Berwick Cycles, I wondered whether I was doomed never to leave Berwick, or whether perhaps, as with ships, it was bad luck for a bicycle to not have a name.

I was still musing on this at the bike shop, where my arrival had at first been greeted with concern – had the pedal come off again? – and then with swift attention to the tyre. Tim, the new owner, retrieved the thorn, brandished it. Waiting for him to fit the inner tube, I considered names. ‘Lucy, perhaps, for Lucifer’ – at this point, the bicycle was not in my best books. ‘Loosey,’ Tim responded, wiggling the seat for emphasis. Bicycle fixed – or at least, patched up for the return journey – I asked for recommendations for a decent egg roll. Tim replied ‘There’s a cafe up near the post office. It’s called, ah, Thistle Do Nicely’. He looked sheepish. I was delighted. (The egg roll, incidentally, was delicious. One might say eggsellent. But probably shouldn’t).

I enjoy the friendliness of people here; it reminds me of growing up in the countryside. Cycling into Berwick one day I encountered an orange figure trimming hedges, who lifted a visor to reveal a curious face and to say hello. His name was Duncan, of a family of Duncans. We spoke about city and country and travel. Moments after leaving, my left pedal fell off – this before it was more safely secured – and the nut was lost in the long grass of the roadside. An orange-clad angel appeared, bearing like riches a handful of metal nuts from the back of the car. ‘You are an angel of the hedgerows’, I effused, wobbling slowly along the road and waving a farewell, only later reflecting on how strange a thank you that might have been.

Another day, tightening the bolts on the seat of my bicycle at the side of the road, two people from Hutton Stone stopped within moments of one another to offer help. I gratefully waved them away, remounted the bike. Suffering the seat’s relentless seesawing to and fro, I winced, wondered what on earth had possessed me, made a note for the future to – for the love of God – wear sensible pants next time.

Despite the sore legs and knees and bum and crotch and the bruises on my right calf and the bicycle’s numerous faults, there is a joy in cycling, in the freedom and the bliss of the freewheel downhill. (Plus, my friend Victoria assures me, it does wonders for your bum). You can tell happy cyclists, they say, by the flies in their teeth. I’m not sure who this they is. The people who sell novelty gifts to cyclists?

On the way home, I encounter other cyclists – the Borders is known for its cycle routes, and the good weather brings out a host of serious Lycra-clad comrades. We share a nod – their peaked helmets to my bright red, cloud-patterned dome. ‘We are the same, you and I’, I think. I cycle on with a wiggle and a wobble and a squeak, determinedly upright. 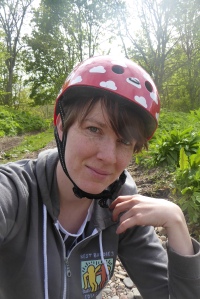 6 thoughts on “Bicycling to Berwick”

This is a text widget. The Text Widget allows you to add text or HTML to your sidebar. You can use a text widget to display text, links, images, HTML, or a combination of these. Edit them in the Widget section of the Customizer.
%d bloggers like this: